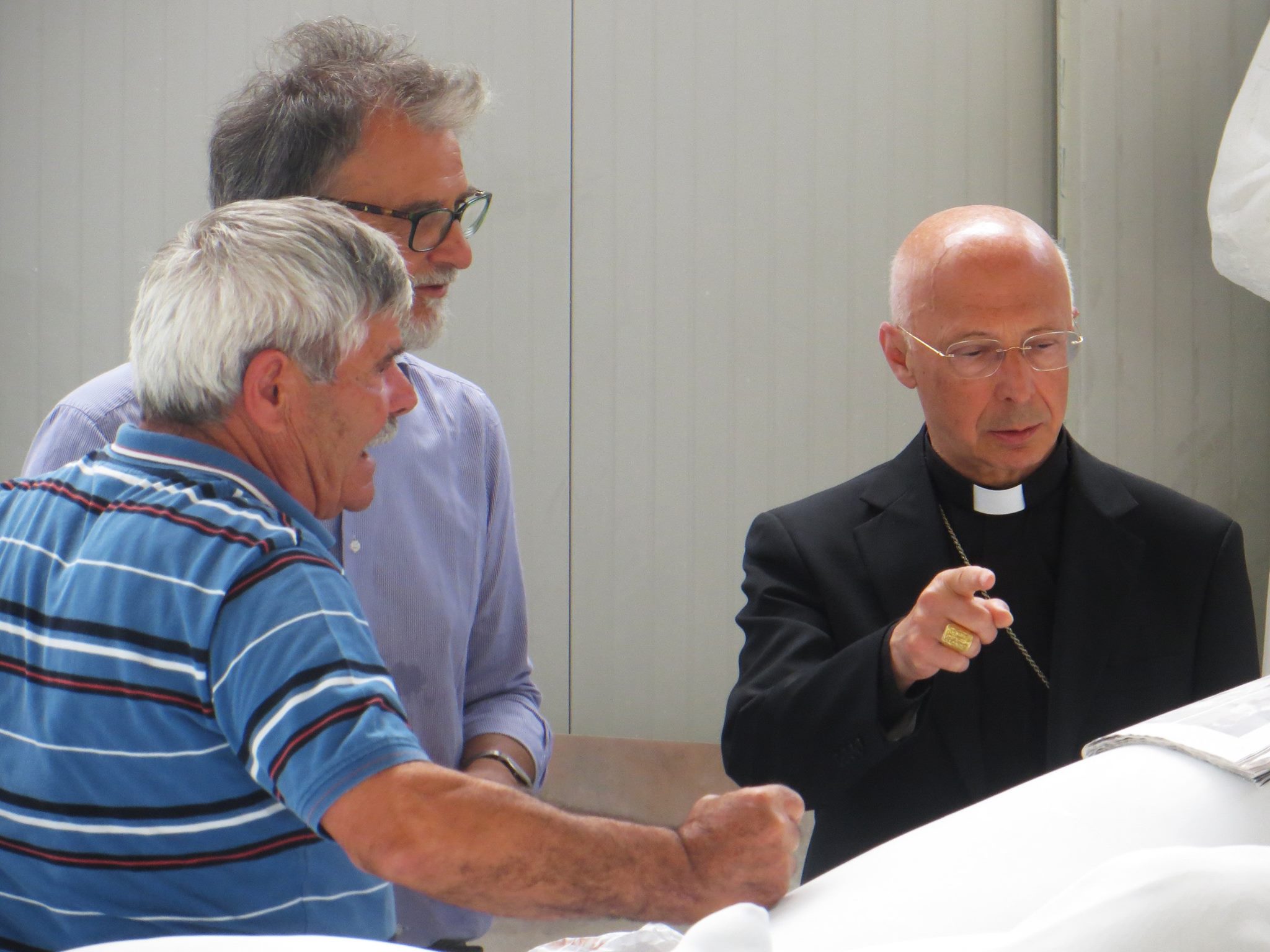 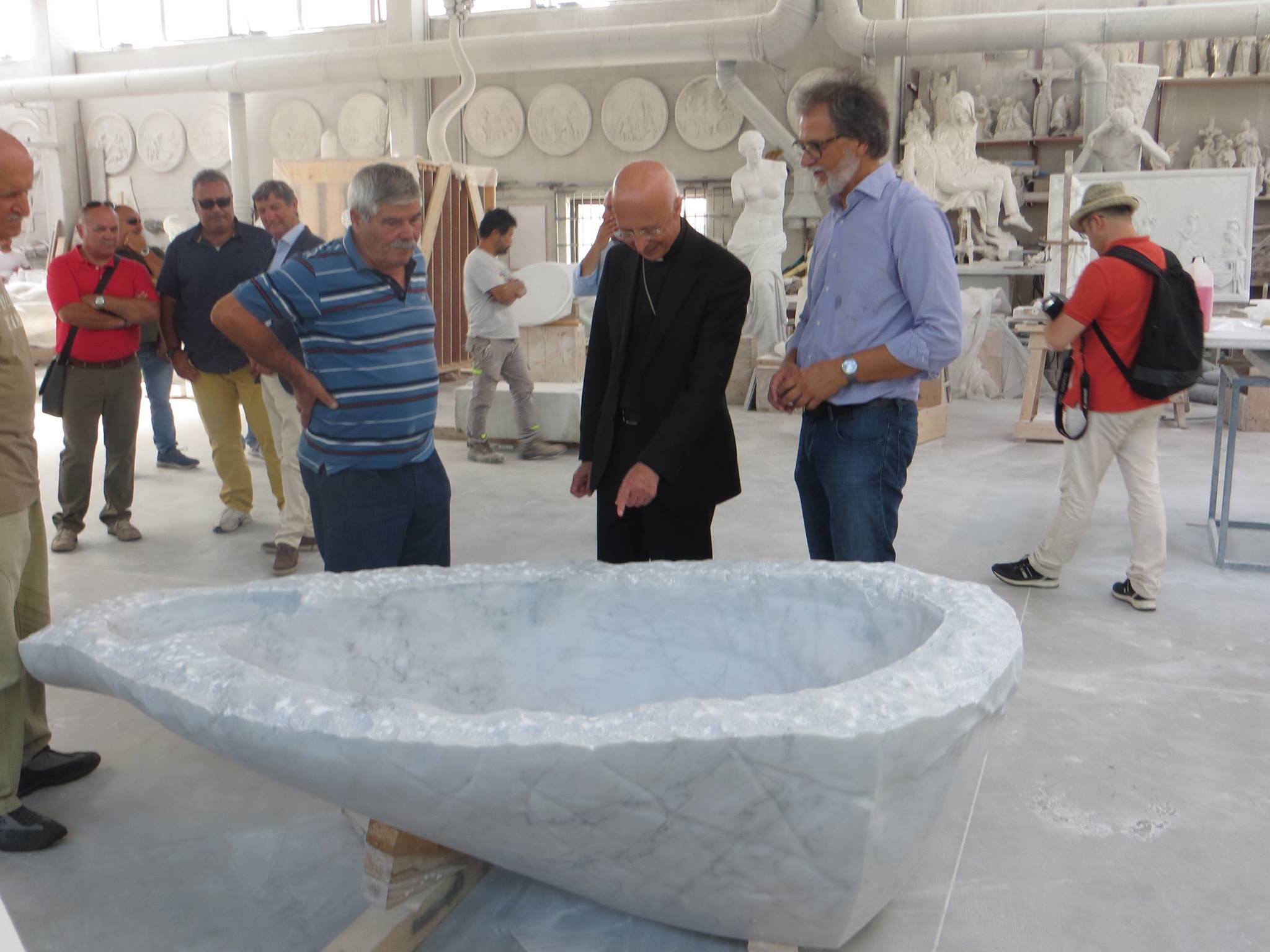 Tuesday August 2nd, 2016 By adamalfredo No comments yet

Carrara, 2nd August 2016 – Cardinal Angelo Bagnasco spent the morning in the sculpture workshops, the quarries and Sant’Andrea cathedral. He visited the Studi d’Arte Cave Michelangelo workshops together with the mayor, Angelo Zubbani, and was shown around by Franco Barattini and Luciano Massari.
The Cardinal enjoyed the classical and contemporary works of art, met the craftsmen and received a copy of Michelangelo’s Madonna of the Steps (Madonna della Scala) as a gift.
Then he went up to the Michelangelo Quarries, in Ravaccione. Still guided by Barattini and Massari, the Cardinal he admired the quarry tunnels, stopped in front of the Madonna del Cavatore then the group transferred to Gioia Quarries, where Quinto Ciuffi, Ernesto Ricci and Anselmo Ricci were waiting for them. Here he met the met the workers and had lunch at the cafeteria.
This day in Carrara ended with an afternoon at Sant’Andrea Cathedral, where the bishop Monsignor Santucci, don Raffaello Piagentini, monsignor Binini, don Cesare Cappè, the Prefect Giovanna Menghi, the Deputy Mayor Fiorella Fambrini and representatives of the Police welcomed Bagnasco during his visit to the Cathedral.

This site uses cookies profiling, own or others, to send targeted advertisements. If you want to learn more or opt out of all or some cookies, click here. If you access any element underlying this banner you consent to the use of cookies. Accept